How Much Do You Spend Eating Out? 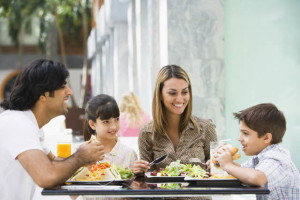 According to the National Restaurant Association, the average American household spends $2,678 eating at restaurants. That’s about $223 per month!

The truth is that most of us probably eat out more often than we should. According the U.S. Commerce Department, as of March 2015, Americans now spend more at restaurants than they do at grocery stores.

How to save? Think Applebee’s instead of Ruth’s Chris. And think about limiting the number of restaurant meals in a month.

Smart ideas to make your money go further, from entertainment to food, and gadgets to travel. Don’t pay full price for anything!